DEVELOPMENT UPDATE
Version 0.1 — Setting the Foundations
Over the past few months, we've been working hard to set up foundations for the server. Version 0.1 focuses on setting the foundations for the server, introducing the account system, vehicle system, character creation, and general roleplay commands. These systems as they are right now are bare-bones as we intend on developing them further and beautifying everything nearer to the completion of the server.

For now, here's a look at what we have in place.

The account system was declared the main focus for this version release for obvious reasons. This system will be built upon, helping to provide a foundation for all future systems we come to develop. Management and development unanimously decided to keep account registration solely in game, avoiding any drawn out and overly complicated processes that some other roleplay communities have, where you’re required to sign up through a forum or UCP. Instead, you can simply connect with a desired username and proceed to take a short test to prove that you have a basic understanding of roleplay. This way everything is kept simple.

Applications will be able to be flagged if they could be possibly ban evading, so it will be no easier to ban evade with us as it is with other communities. We felt no need to move registration to a separate platform from the game. What’s more, applications will be able to be marked automatically — meaning no extensive waiting times. You’ll be able to make a certain amount of attempts at the quiz before being restricted for an amount of time to encourage users to familiarize themselves more with our in-game rules.

Once you complete our in-game test, you’ll be presented with a character selection menu where you will have the opportunity to create your first Vice Roleplay character. If you thought the registration process was easy, just wait. You only have to decide on three things when creating your character. The priority for this, along with nearly everything else, was ensuring that everything was simple and user-friendly. For creating a character, you simply need to pick a name, gender and your desired skin.

The start of the vehicle system saw the introduction of vehicle ownership and a vehicle inventory which the player can access by typing "/v show" (alternatives such as /v get, /v find, etc. are available too). Players will be able to park their vehicle with "/v park" wherever they please without paying a fee. Other commands implemented include "/v findpark" to find where your original park spot is, as well as basic params such as engine, lock, lights, etc.

Roleplay commands have been set up pretty much as you'd expect from any other roleplay community, except from one helpful change. See, nobody likes someone who overuses ame commands in the middle of roleplay. However, it's also difficult to follow along with someone's roleplay in a large group with other people roleplaying. Because of this, we decided to make all roleplay commands show their roleplay above their head. This applies whenever someone talks, shouts, whispers, does a /me, /do, /my, etc. and replaces any /ame or /ado command you might find on other servers. 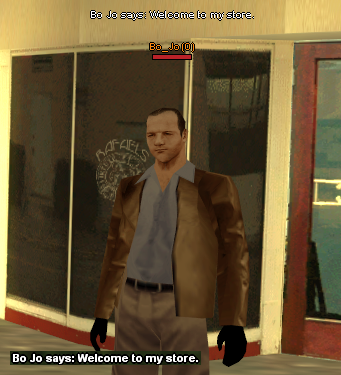 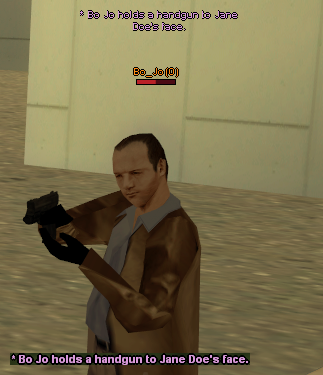 (These use the same display range as the actual chat itself)