Familiarize yourself with our rules and read on how to connect to our servers.

By Theory -  Thu Jan 09, 2020 1:12 am
Project Manager
-  Thu Jan 09, 2020 1:12 am #16
In the world of Vice Roleplay, Miami-Dade County and its entities therein do not exist and instead are replaced entirely by the cities that make up the world of GTA Vice City: City of Vice (western island) and City of Vice Beach (eastern island). The cities fall within Vice-Dade County, Florida. The server shall aim to accurately replicate the Miami-Dade County with its county structure, governmental agencies, etc.

By Theory -  Sun May 31, 2020 4:35 pm
Project Manager
-  Sun May 31, 2020 4:35 pm #72
Vice-Dade County, Florida
Vice-Dade County is a county in the southeastern part of the U.S. state of Florida. According to a 2019 consensus, it is the most populous county in Florida and the seventh-most populous county in the United States. The county seat is Vice, the principal city in South Florida.

The western and eastern portions of the county are heavily urbanized with many high-rise buildings along the coastline, including South Florida's central business district, Downtown Vice.

The inhabitants at the time of first European contact were the Tequesta people, who controlled much of southeastern Florida. The Tequesta Indians fished, hunted, and gathered the fruit and roots of plants for food, but did not practice agriculture. They buried the small bones of the deceased with the rest of the body, and put the larger bones in a box for the village people to see. The Tequesta are credited with making the Vice Circle.

European explorers and settlers
Juan Ponce de León was the first European to visit the area in 1513 by sailing into Biscayne Bay. His journal records he reached Chequescha, a variant of Tequesta, which was Vice's first recorded name. It is unknown whether he came ashore or made contact with the natives. Pedro Menéndez de Avilés and his men made the first recorded landing when they visited the Tequesta settlement in 1566 while looking for Avilés' missing son, shipwrecked a year earlier. Spanish soldiers led by Father Francisco Villarreal built a Jesuit mission at the mouth of the Vice River a year later but it was short-lived. After the Spaniards left, the Tequesta Indians were left to fend themselves from European-introduced diseases like smallpox. By 1711, the Tequesta sent a couple of local chiefs to Havana, Cuba, to ask if they could migrate there. The Cubans sent two ships to help them, but Spanish illnesses struck and most of the Tequesta died.

The first permanent European settlers arrived in the early 19th century. People came from the Bahamas to South Florida and the Keys to hunt for treasure from the ships that ran aground on the treacherous Great Florida Reef. Some accepted Spanish land offers along the Vice River. At about the same time, the Seminole Indians arrived, along with a group of runaway slaves. The area was affected by the Second Seminole War, during which Major William S. Harney led several raids against the Indians. Most non-Indian residents were soldiers stationed at Fort Dallas. It was the most devastating Indian war in American history, causing almost a total loss of population in Vice.

After the Second Seminole War ended in 1842, William English re-established a plantation started by his uncle on the Vice River. He charted the "Village of Vice" on the south bank of the Vice River and sold several plots of land. In 1844, Vice became the county seat, and six years later a census reported there were ninety-six residents in the area. The Third Seminole War was not as destructive as the second, but it slowed the settlement of southeast Florida. At the end of the war, a few of the soldiers stayed.

Establishment
Dade County was created on January 18, 1836, under the Territorial Act of the United States. The county was named after Major Francis L. Dade, a soldier killed in 1835 in the Second Seminole War, at what has since been named the Dade Battlefield.

Hurricanes
The third-costliest natural disaster to occur in the United States was Hurricane Andrew, which hit Vice in the early morning of Monday, August 24, 1992. It struck the southern part of the county from due east, south of Vice. Damages numbered over US$25 billion in the county alone, and recovery has taken years in these areas where the destruction was greatest. This was the costliest natural disaster in US history until Hurricane Katrina struck the Gulf region in 2005.

Name change
On November 13, 1997, voters changed the name of the county from Dade to Vice-Dade to acknowledge the international name recognition of Vice City. Voters were acting pursuant to home rule powers granted to Dade County, including the ability to change the name of the county without the consent of the Florida Legislature. The change in name also addressed a source of public dissatisfaction with the name "Dade" which was chosen to honor Francis L. Dade, who had been killed in the Dade Massacre in the 1830s. The massacre did not occur in South Florida, but in the west central part of the state, in present-day Sumter County, near Bushnell. There is also a Dade City, which is closer to the site of the massacre. 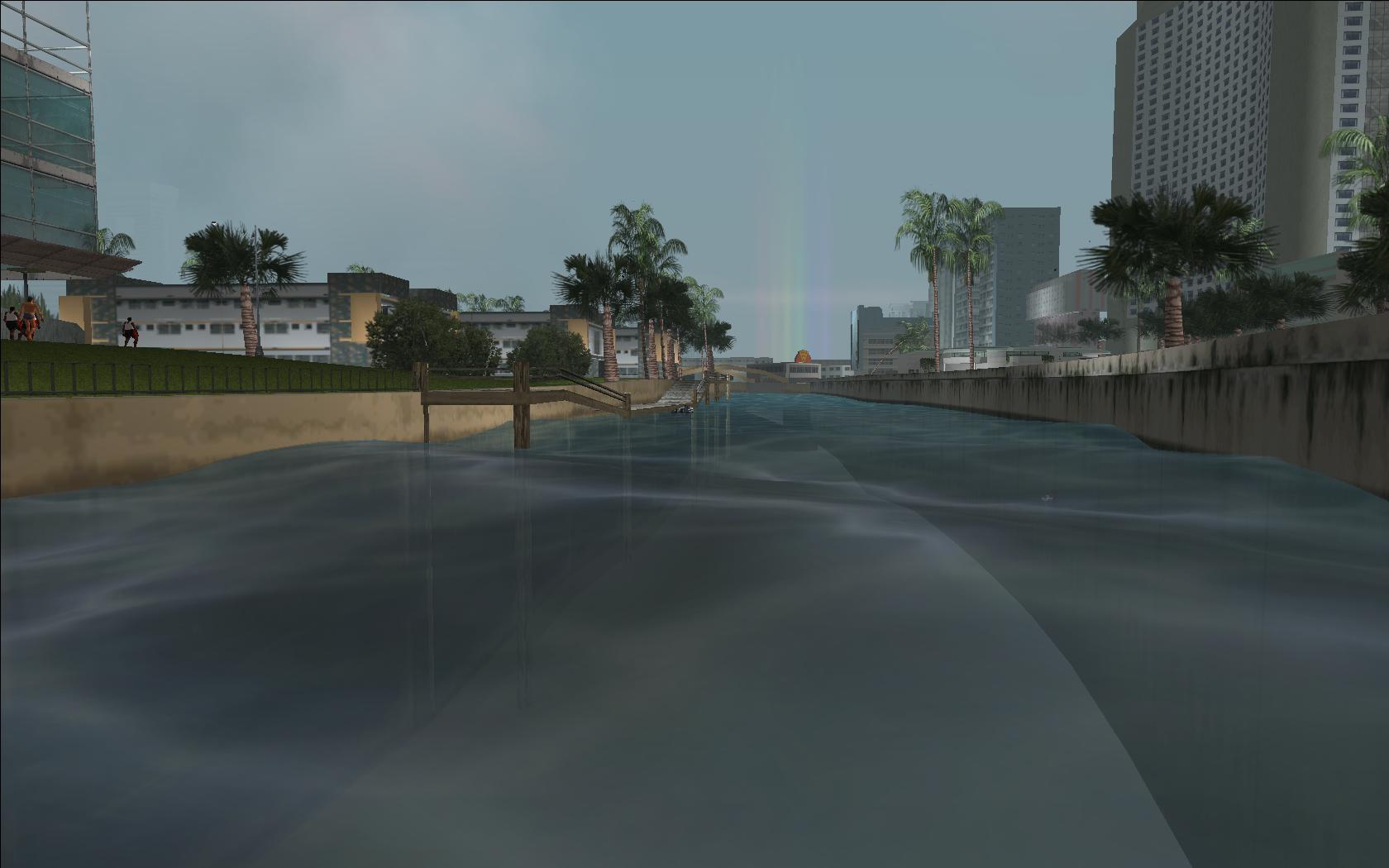 Vice Point Quay in Vice Point
Vice-Dade County is the third-largest county in Florida by land area and second-largest by total area. Most of the water is in the Bayshore Bay, with another significant portion in the adjacent Atlantic Ocean.

The bay is divided from the Atlantic Ocean by the many barrier isles along the coast, one of which is where well-known Vice Beach is located, home to Ocean Beach.

The Vice-Dade Police Department operates out of two districts throughout the county and has two special bureaus. The director of the department is William Kowalski, who succeeded Samuel Alvarado.